KH Gallery Ginza 10th Exhibition Akio Hirata Retrospective in collaboration with Hiroko Koshino: “From a bud to a flower”

KH Gallery Ginza will mark the third anniversary of its founding in September 2015. The gallery’s tenth exhibition in this, a milestone year, will feature works by Akio Hirata, hat designer for Empress Michiko as well as for many leading catwalk brands, and by fashion designer Hiroko Koshino.
It is one year since the death of Akio Hirata, who played the leading role in the field of haute couture hat called "Haute Mode" in Japan for many years. He thought outside the box, creating strikingly original designs which all the while valued Japanese tradition. Meanwhile, Hiroko Koshino has given expression to Japanese aesthetics and traditional culture in the area of clothing, playing a major role in boosting the Japanese fashion world in its infancy.
In her past collections, created in collaboration with Hirata, the elegant, fashionable, and unique styles of the pair harmonized astonishingly, causing many people to marvel. Each one of these works, infused with their creators’ spirits down to the last detail and backed up by their passion, surpass any concept of fashion, projecting a distinctive presence even today. Please enjoy observing the brilliant design philosophy of these two designers, who loved the culture and art in which they were raised, and who continually experimented in various ways in order to create a new beauty. 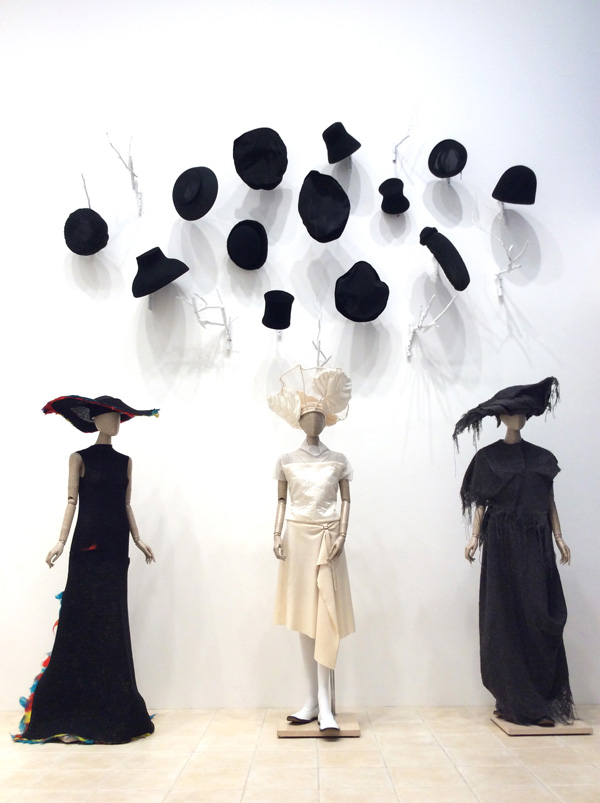 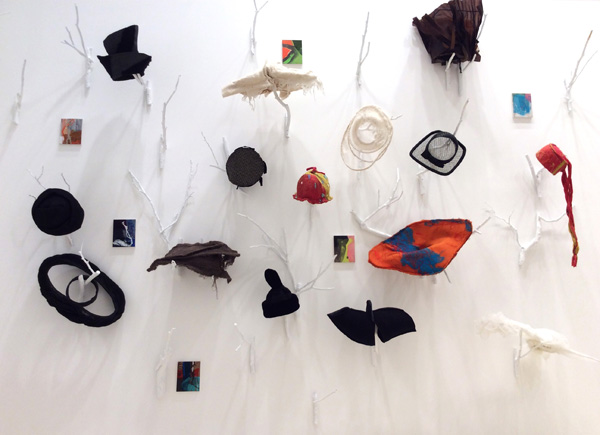