Hiroko Koshino appeared on the serial article ''Choice Interview'' in the quarterly magazine Golf Digest ''Choice'' . On this special 6 page interview article, Hiroko goes beyond golf subject and talks about childhood, turning point of her life, fashion on a gold course, and so on. Released from September 15th Monday at nationwide bookstores (in Japan). 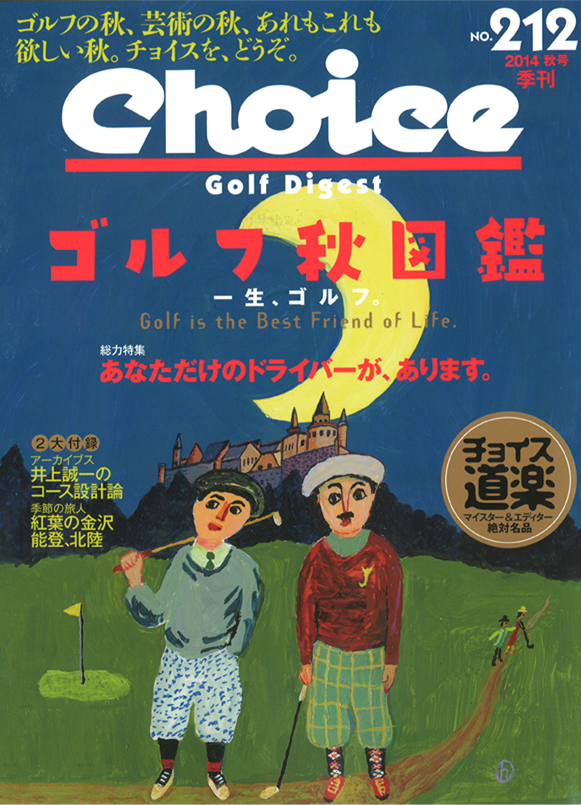 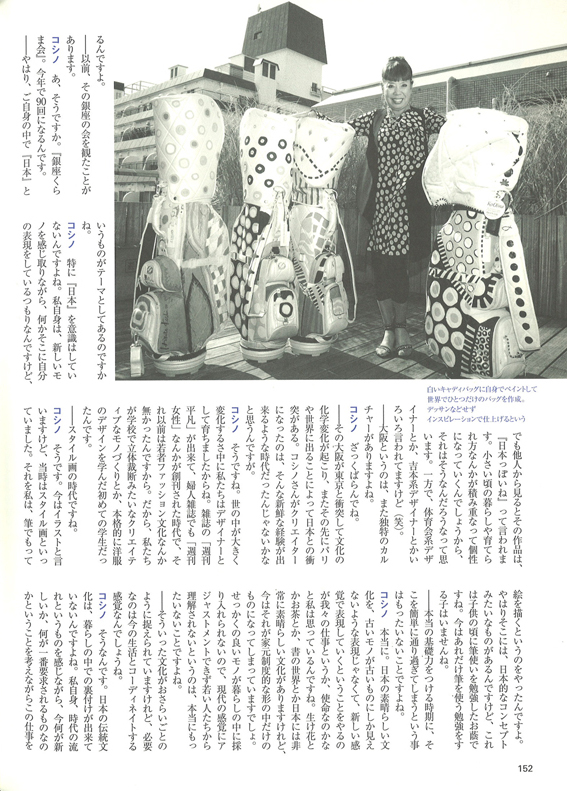 Thursday, September 11th, theater performance '' Oka-chan ～ The Story of Ayako Koshino '' press announcement was held at a hotel in Tokyo. This theater performance is based on the life of Ayako Koshino, model of NHK drama “Carnation” and the mother of famous Koshino three sisters. Panoply of performing actress Kumiko Akiyoshi, Sarara Tukifune, Mao Miyaji and Yuki Nakanishi, along with Hiroko Koshino and her sister Junko Koshino appreared on the stage as special guests.
Hiroko Koshino gave her comment, ''Carnation showed the best things about ''Oka-chan''(Koshino's mother), but I expect this stage to show her real life including good side as well as bad side about her.''
The stage will be held in Kishiwada-city, Osaka in November, in Roppongi, Tokyo in December.
Please enjoy the vivid life or Ayako Koshino’s life story at exclusive theater performance. 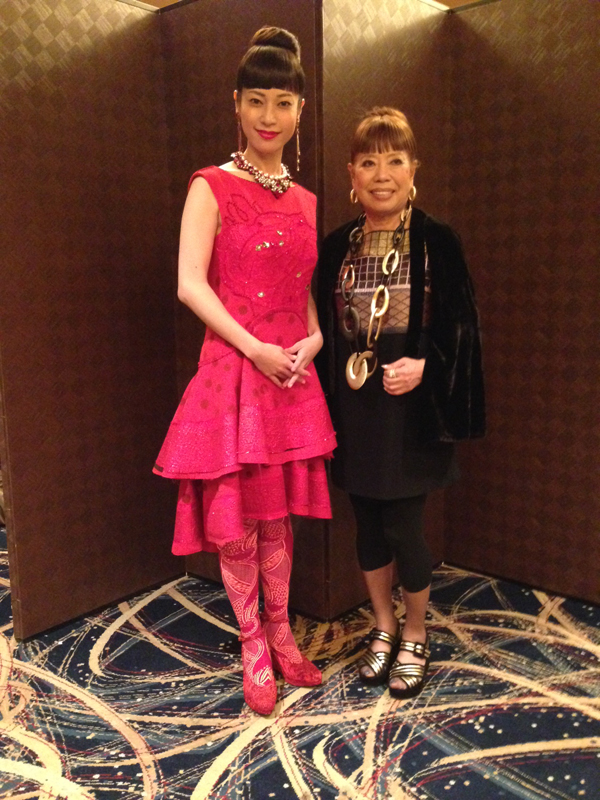 On Sunday September 7th, talk show event of Hiroko Koshino and her daughter (and designer Yuma Koshino), was held at Imperial Hotel Tokyo for honored guests of Takashimaya department store. Consequtive three generation involved in fashion starting from late Ayako Koshino to Hiroko Koshino's daughter Yuma, talked about their work, childcare, family environment, and captivated the audience at once. 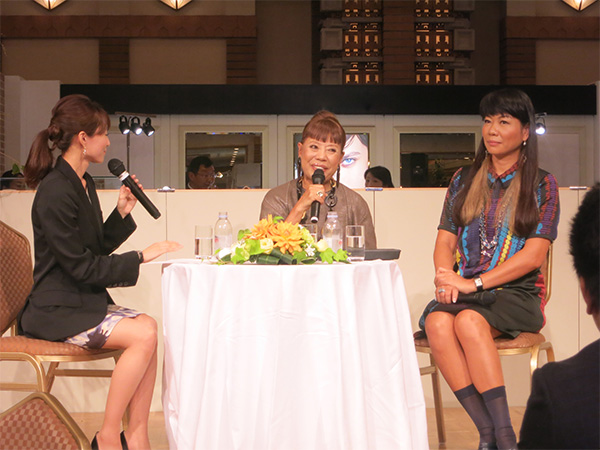 BIWAKO BIENNALRE 2014 will be held in Shiga prefecture from Saturday, September 13th.
The venue takes place by BIWAKO (the biggest lake in Japan:Biwa Lake) where old traditional Japanese housing and factories from the Edo era still exists, and 50 national and international artist will show their artwork within this historical premises.
The theme of this year's event is, ''Utakata'' (vanishi like foam on water) marking sixth year.
Hiroko Koshino's art works will be shown by ''Kanekichi Bettaku'' (second house of Kanekichi) by former city area, and visitors may also enjoy night tour, workshop, symposium, during this two months of art festivity.
Please drop by and enjoy this art festival of beautiful art exhibits at historical Japanese setting, when you happen to come around this area. 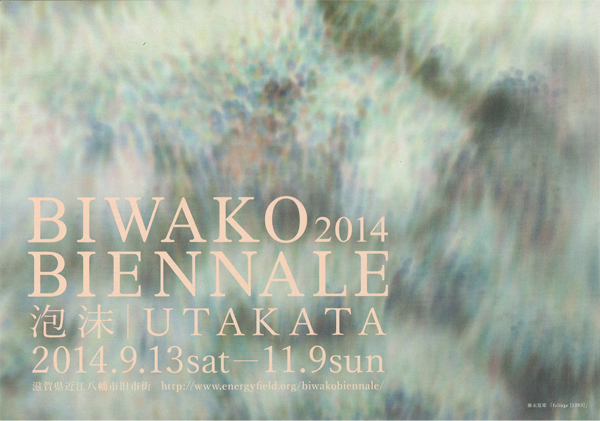 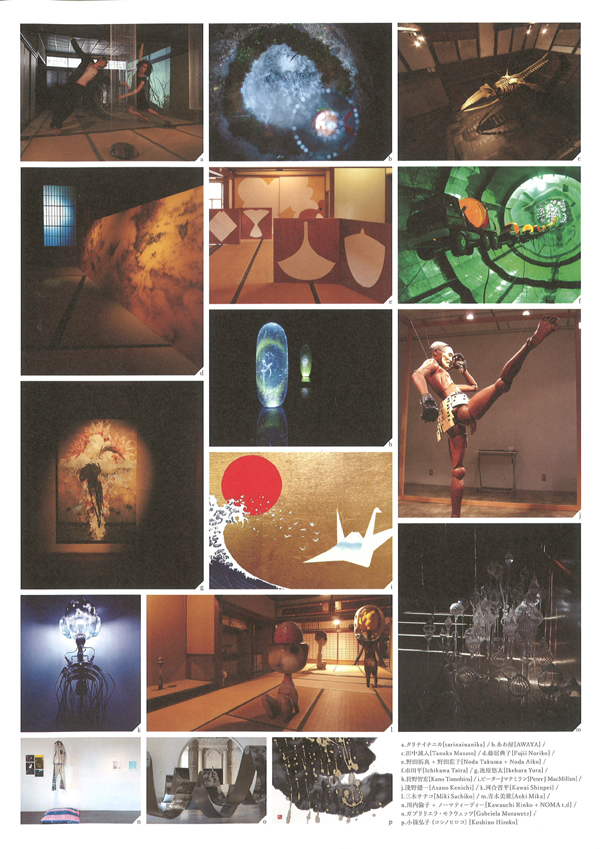 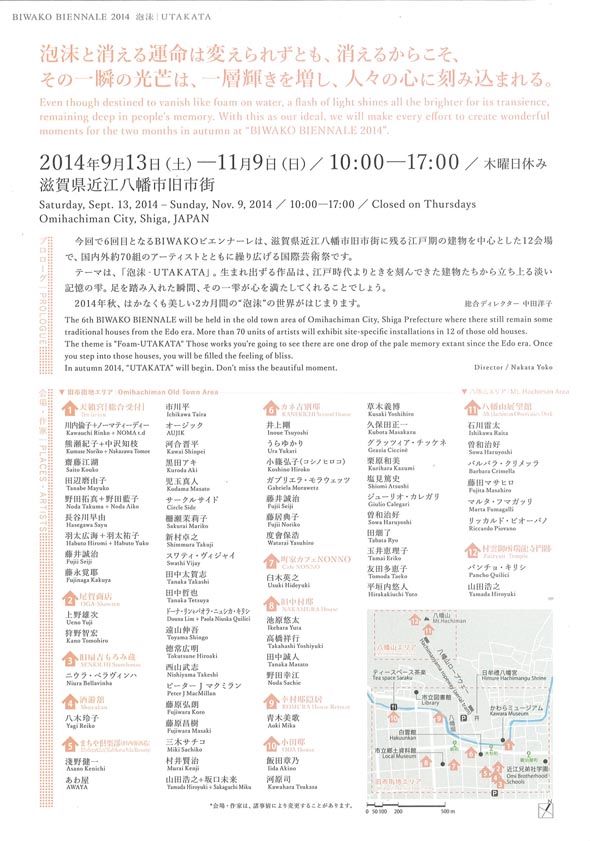