2015 Spring / Summer Collection was introduced in the magazine. There is also feature article titled 'Oshiete, Hiroko sensei!'' (Tell us Hiroko!) where she answers variety of questions from readers. 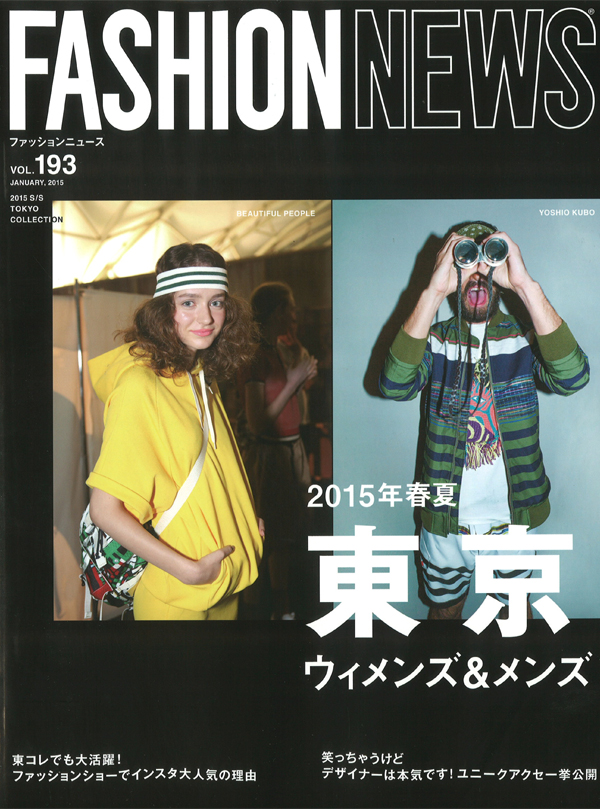 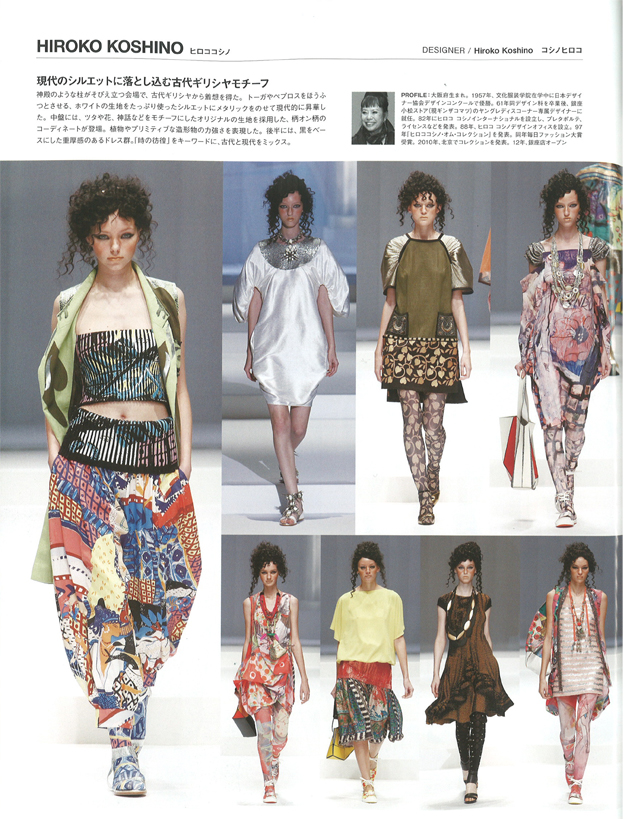 KH Gallery Ginza in Namiki Street, Ginza, presents variety of artworks of an artist Hiroko Koshino that match up with each season. Although Koshino had already used fabrics in collage or other techniques, she paused to focus on fabrics themselves for this exhibition and created a series of artworks mainly including relief-shaped ones, using forms of wrinkles and pleats. Her passion for beautiful forms as a fashion designer seems to go beyond the area of drawing and expand stories in the three-dimensional world of creation. Crystals of fabrics that Koshino had come to life embody a variety of animals and plants and eventually transform into innocent cavorting fairies who alight in the space.
A huge work and installation artworks that set a precedent for this series, which were exhibited at “BIWAKO BIENNALE 2014” held until November will also be exhibited at KH Gallery Ginza during the exhibition.
In this winter, listen to the whisper of fairies for a while and enjoy the new fantastic world of Hiroko Koshino. 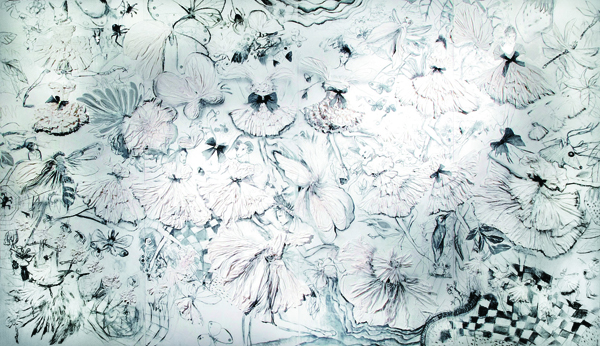