HIROKO KOSHINO 2016 Spring Summer Collection under the theme of ‘'surreal art book’’ was shown on Thursday, October 15th, at Yebisu Garden Hall.
Models became colourful flowers as they appeared through the big white paper cut out facade, onto the catwalk.Inspired by Henri Matisse’s Cut- Outs the Designer presented 65 flower influenced Looks, which received extensive applause from the audience.
Thank you very much for coming to our show! 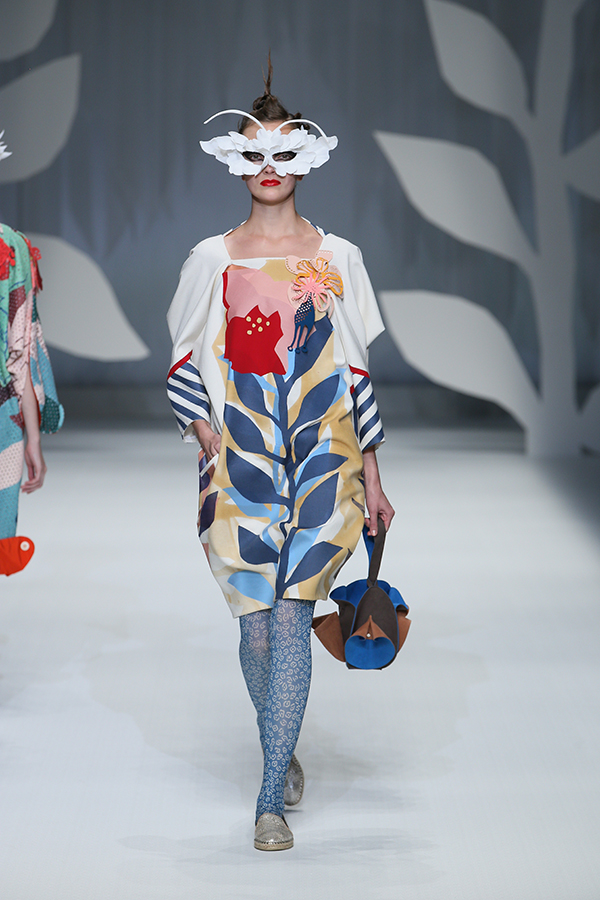 2015-16 Autumn / Winter Collection was introduced in the magazine. 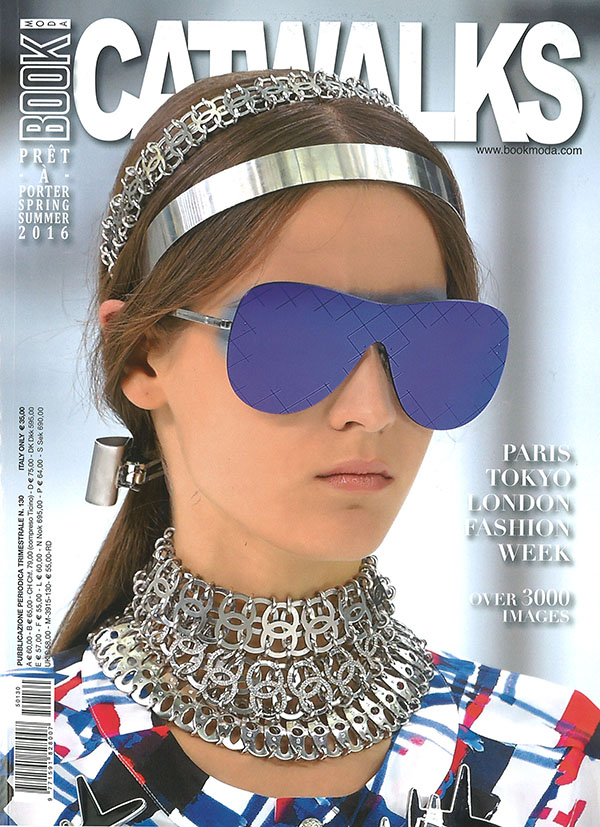 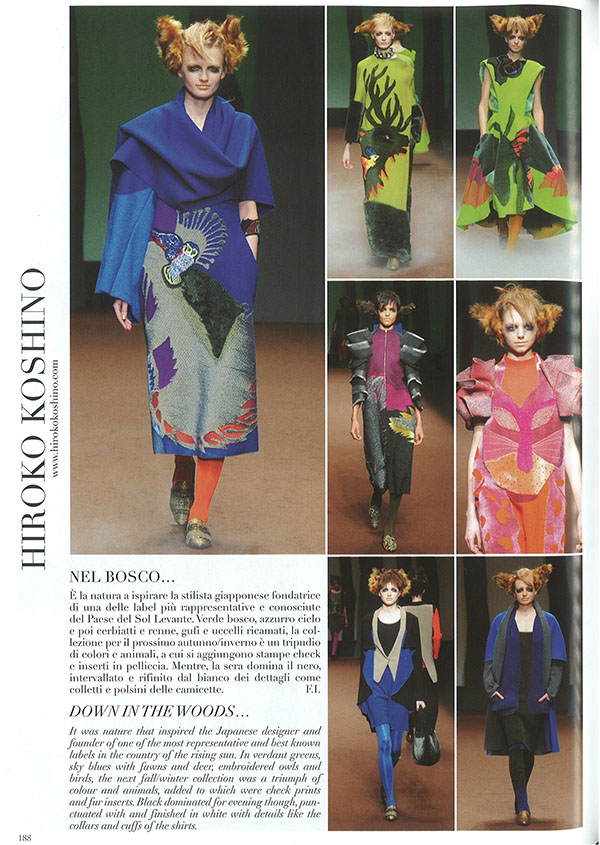 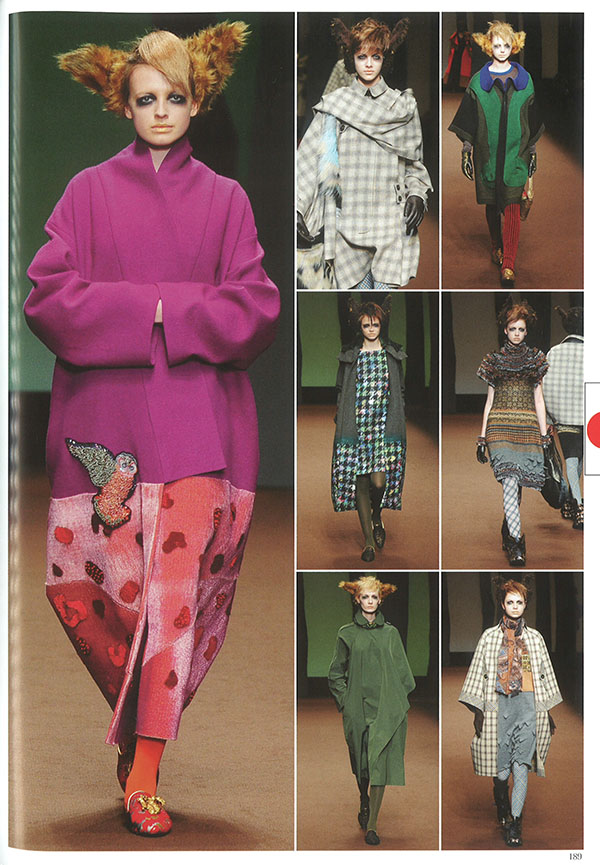 On May 21st and 22nd, HIROKO KOSHINO Autumn Winter Collection was shown at Westin Hotel Tokyo.After the floor show, there is a chance for our special customers to place couture orders tailored to fit their personal figure.The show will also be held in Osaka, Fukuoka, Sapporo and Ginza flagship shop. 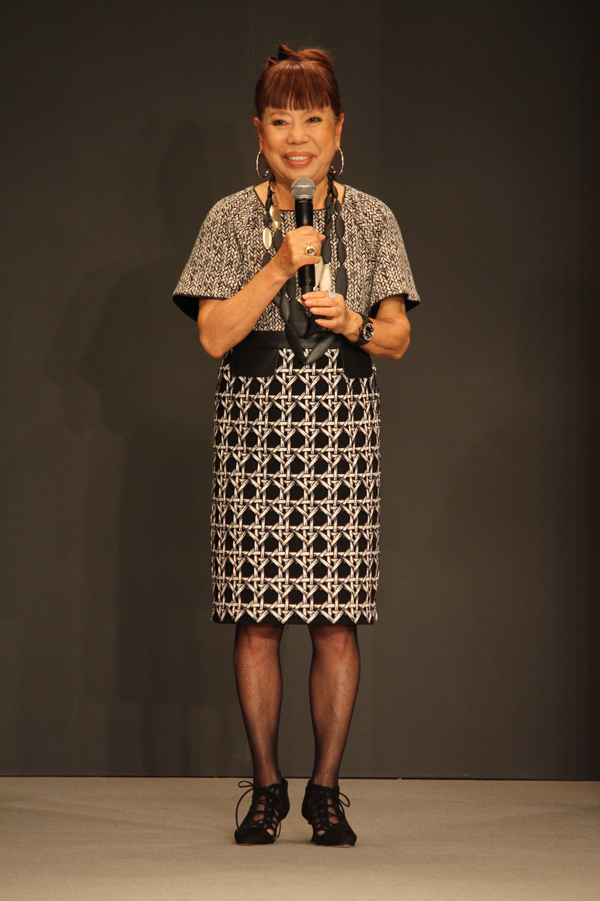 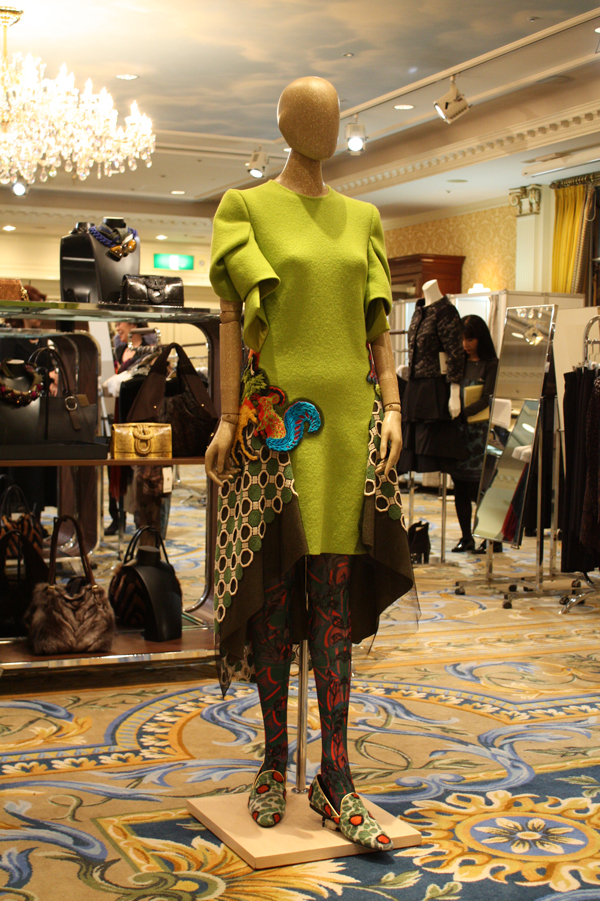 HIROKO KOSHINO 2015-16 Autumn Winter Collection under the theme of ''Deep into the Forest'' was shown on Thursday, March 19th, at Yebisu Garden Hall.
Models wearing characteristic animal-like ears appeared one after another from the screen of trees and walked into a hazy catwalk. With nice and cute rounded form, wild hair and makeup that suggest animals, the designer exhibited 69 works and received extensive applause from the audience.
Thank you very much for coming to our show. 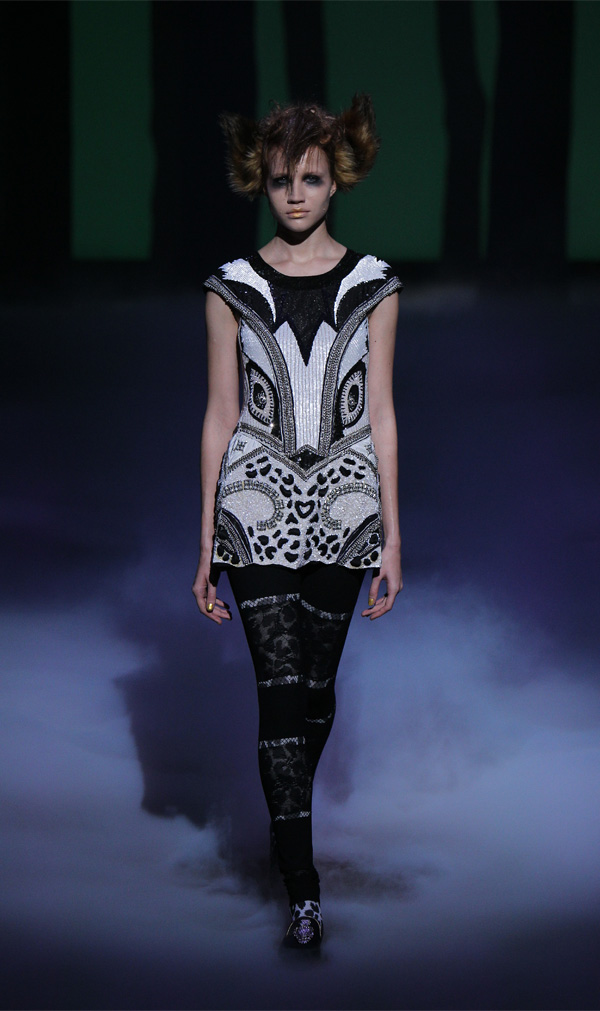 2015 Spring Summer Collection was held on Tuesday, October 14th at Yebisu Garden Hall.
Ancient Greece pillars appeared in front of audience. Surrounded by blue and white as if you were at Santorini Island, models walked down slowly behind the scrim and to the catwalk. With the theme of the show being ''Wandering, Time,'' the whole collection was shown at an ancient Grecian Temple like atmosphere.
The collection received great applause from full audience. Thank you very much for coming to our show. 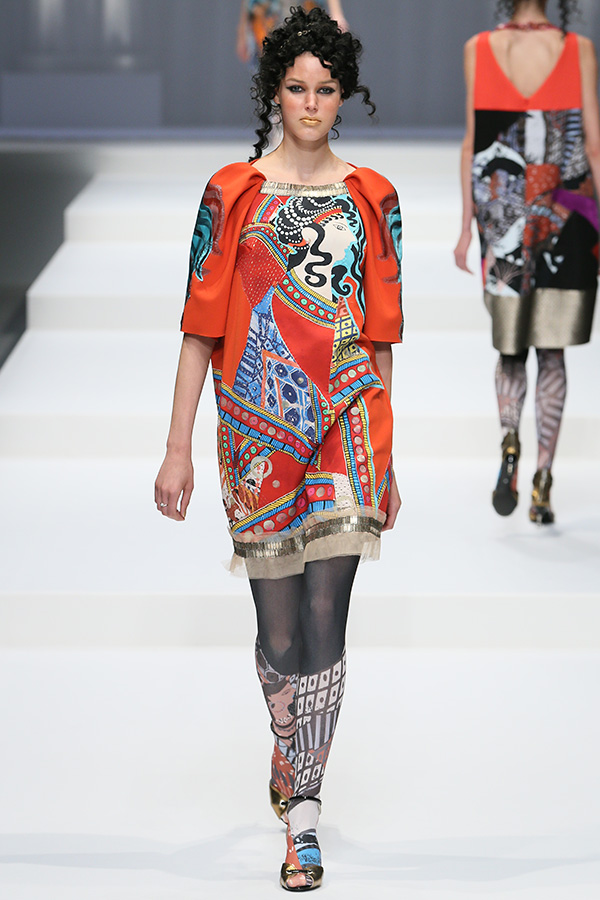